Notes on Gesso and Panels

Q: What is your process for panel preparation...Do you treat first with PVA and then Gesso? You paint with oils...do you use a Gamblin oil primer or a acrylic gesso...how many coats...both sides? Curious. Thanks

A: Sort of depends. When I built the large panels, had to do pinhole fills so when all was sanded, used commercial primer sealer which was sanded smooth. Usually just gesso direct. Paint with oil and alkyd, alkyd medium. All my gessos are acrylic. Usually do a clear sealer on back sides, not always. Baltic panels are very stable. Larger panels get 7-8 sanded coats, smaller 4-5.


Q: What kind of panels do you use?

Baltic birch, or double tempered masonite only...  Favorite small panels are double tempered masonite, with edges smoothed and well grounded makes the best panel for up to about 10x12". It is extremely stable, and I love it. Have used it for decades. Anything beyond that size I go to 5mm baltic birch. I bought a lifetime supply of it in Seattle, and use smaller paintings un supported, and larger ones supported ("cradled"). Some of the large ones were done with 3mm supported for weight loss, and I wish I had picked up more of it.

A: The large 48x60" panel in the pictures has 5 coats of white Liquitex gesso. Finished withtwo coats of grey tinted Speedball gesso, sanded between. My first few coats are Liquitex, which is heavy and a bit more plastic. Final coats are neutral grey Speedball gesso, which is thinner but sands better. It is much harder. 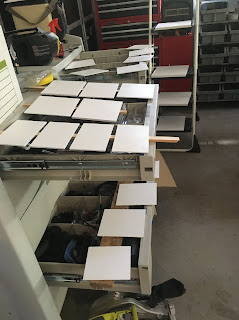 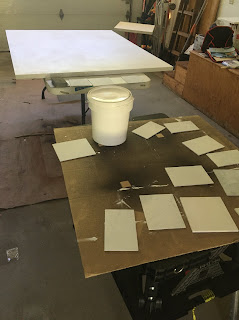 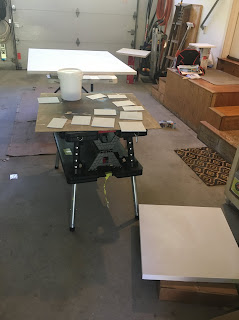 Posted by Marc Bohne at 9:53 AM No comments:

I corresponded with Mort years ago. Told him he was responsible for my artistic life, which he was, and I wanted him to know while he was still around that I knew that and he should as well. I enclosed a couple books, and he wrote back a long letter with some drawings of his, and some signed stuff.

He taught me how to draw. Countless hours in the desert sun of Fort Bliss and El Paso where we were stationed I studied and then copied his parodies on used copy paper my father brought home in boxes from the base, wearing down many a pencil. There could have been national secrets on the one side, but I was only interested in the blank sides. I was a weird lonely kid with thick glasses and I found my voice in his drawings.

He was a master of caricature and nuance, anatomy and physicality, line and shade, humor and satire. I soaked it all up, and made it my way of dealing with the outside world. Pencil, pen and wash, a myriad of line shading tricks with hatches, swirls, textures. My BFA belonged to Mort.

I remember being excited for the new comic books to appear, but I lived for the new Mad Magazines. They came with new Drucker parodies. More drawing... hot women, men with machine guns, vehicles, and an endless assortment of background characters he carefully penned to life. And those hands... his knowledge of anatomy was no less than extraordinary. And always, always somewhere there was Alfred lurking in the scenes.  A very deep well to draw from... literally.

Mort Drucker was my teacher and invisible friend. I am grateful for the chance to connect with him, and sadly bid him adieu.... the world is a duller place without him. 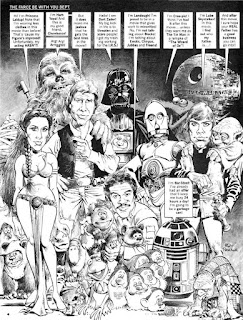 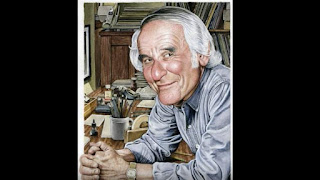 Posted by Marc Bohne at 7:05 PM No comments:

A Solution To The Failed Paint Tube Caps

It has been a constant battle for me, trying to keep older tubes of paint from being unusable. Once the caps crap up, and don't fit anymore, the tubes start to end-dry, and then harden. Especially the alkyds, which cure when exposed to air. I have wasted too many hours of what is left of my life digging out caps, cleaning off threads on tubes, and digging out tubes to get to the wet usable paint, only to have to do it again next day. For oils this is not as big a deal. Oil is cleanable, and usually takes so long to cure only a skin forms on the tube that does not penetrate into the tube. Hardly any need for caps in oils as a result. Acrylics and alkyds are a different story.

So, I was looking at bolt end covers after looking at a wire shelf end cap in my hardware cabinet, and a light bulb went off. It appears that the vinyl bold caps come in many sizes and depths. My tubes are  mostly 3/8th inch (or 10mm) and there is an end cap that size. They come in a variety of depths as well, as they are designed to protect bolt ends from injuring others, or from paint when a bolted product is painted. Protects the threads.

I also found a 3/8 inch silicone end cap in the auto world, as vacuum line caps, so I ordered some of those as well. I am currently using both and will see which is better. I suspect the silicone will work better, as it it stretchier and more pliable, making a better seal. If one buys them in bulk, they are cheap. The green ones in the photos were 50 for 10$. If you get the 3/8 x 1/2" length vinyl caps from the hardware store, they are over 50c apiece. I suspect the silicone will be more resistant to paint adhesion as well, since I use silicone pans to mix gesso, and just squish the pan when the remnant is dry, and it just falls out or easily peels out. Nothing sticks to it....

Stay tuned, and I will see how they do. 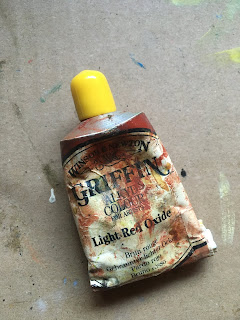 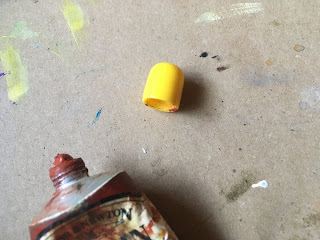 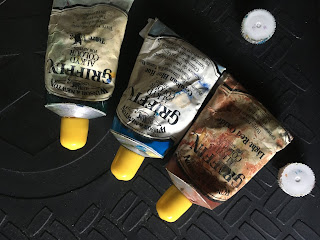 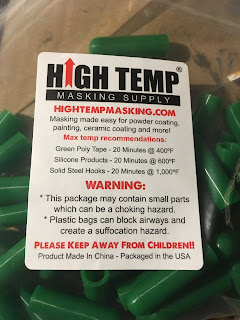 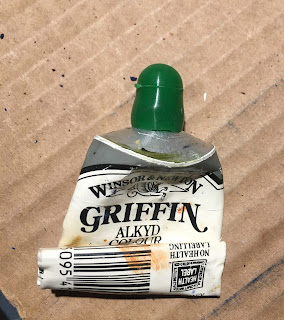 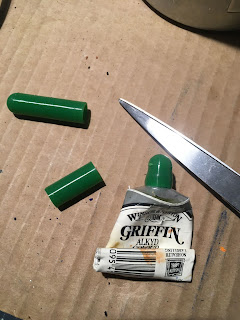 Posted by Marc Bohne at 2:36 PM No comments: